Car insurance premiums still going up despite the cost of claims falling?

So why are premiums still rising? Wasn’t all this reform designed to cut the cost to the motorist?

We covered the story about Direct Line seeing profits soar by a staggering 70%, yet premiums only fell by a mere 3%. Insurers suggested that the severe flooding in recent times resulted in widespread premium rises as well. So are we just seeing more and more excuses from the insurers who turnover profits in the millions?

I decided to write this one because my car insurance has gone up by just short of £30 for my renewal this year. It make no sense given I have never had an at-fault accident and have been driving since 2006, and I am over the age of 25. My address is the same, and I haven’t changed my vehicle.

Basically, I’m being covered in the exact same way yet my premium has jumped up by 10%! This is nonsense – as the years go on, premiums should be falling.

What this means for personal injury and whiplash claims

The relevance of all this is simple – the insurers who have been putting more and more pressure on the government to cut the costs of claims because its pushing up premiums is seemingly utter rubbish. As we’re in the industry, we’re fully aware of the government reports that have busted these common myths:

In fact, those reports showed that the insurers were increasing claims by selling accident victim’s details to solicitors for thousands of pounds per case – the practice known as referral fees. This was also banned last year meaning the insurers have lost a significant revenue stream in being unable to sell their policy holders details to a solicitor for cash when they are in a non fault accident.

It was done under the guide of Legal Expenses Insurance.

Put it this way; the amount of legal fees we can now recover has been slashed by around two thirds. So with the cost of claims being at an all time low – with an average claim probably costing the insurer no more than around £2,500 for the personal injury side of things in total including legal fees – why are we not seeing lower premiums!?

I also asked a few of my friends recently who all confirmed that they had seen increases in premiums despite the fact the insurers got their way last year and slashed the costs of claims. This was meant to help reduce the burden on the motorist but instead we’re left with innocent accident victims losing money and the road users paying more.

The only winners here are surely the insurers.

The referral fee ban must have hit them hard though. I mean – getting £1,000 per case from a solicitor for selling the details on? They must have made a fortune from that!

We were never involved in the referral fee system – we never paid insurers or claims management companies for claims. All of our clients have come directly to us over the years we have been fighting for the rights of accident victims to claim the compensation they deserve.

Of course, this is all my opinion and the way I see things, but I have based it on my own experiences and those of others I know – as well as reports and figures from the government. If you have seen your premiums rise, you ought to question it like I have in this article…

I did ask my insurers for the reasons for the rise and they gave me a standard response about not being able to confirm that kind of information over the phone.

The victims are losing out and the road users are paying more. For those of you not in the know, the insurance industry is vastly wealthy and vastly influential. If you think lawyers make ‘easy money’ on claims, I can tell you straight – that is not the case at all. We get fixed fees for cases and that’s that. Claims have been barely making a dent on the insurer’s profits, but they got what they wanted with the reforms so they can maintain their high profit margins.

It’s more like a favour when we take on road accident claims nowadays – they are not a profitable source of income for personal injury law firms at all.

This entry was posted in Opinion by Author. 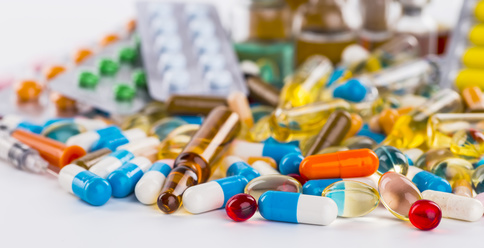