Motorcycle accidents and the law..

There are a number of areas of law covering accident injury claims which are specific to motorcyclists.

So, if you are a motorcylist and have suffered a personal injury in a motorcycle accident then read this article in order to understand exactly where you stand in relation to the law.

If you are still not sure just post a reply to this blog with your motorcyle accident query and I promise to post an answer at my earliest opportunity.

Also by reading this article it will give some knowledge about motorcycle accidents which you can test out on your unsuspecting Motorycle Personal Injury Lawyer to ensure that they know there stuff and really are expert motorcyle injury lawyers.

Rule 67 of the Highway Code states that: “On all journeys, the rider and the pillion passenger on a motorcycle, scooter or moped MUST wear a protective helmet”

By failing to wear a helmet even though the accident was not your fault a finding of Contributory Negligence could be made against you.

However, you should only accept the appropriate reduction where it can be demonstrated that a helmet might have diminished or avoided the injury you sustained.

Where there is no connection between the injuries sustained and your failure to wear a helmet then your injury lawyer should fight any attempts by the other insurers to reduce your compensation.

Like all motorists you must “always leave enough time and space to cope with what’s ahead” and as motorcyclist you will need a greater distance to stop.

Am I at fault? – real motorcycle accident claims

In Clarke V Winchurch it was noted that a motorcycle is fortunate in that it takes up so little road space that motorcyclists can easily slide along the offside of stationary traffic but warned that because of the risks this maneouvre warrants a very high degree of care.

Rule 71 of the Highway Code warns motorcyclists to “watch out for pedestrians crossing between vehicle and vehicles emerging from junctions” when overtaking traffic queues.

Overtaking on the left is allowed, but only if the traffic in front is moving slowly in queues, or signalling an intention to turn right, or if you yourself are turning left at a junction.

In Fagan V Jeffers a motor scooter, riding on the inside of two lanes of stationary traffic, collided witha car turning right across a gap created by “Keep Clear” markings painted on the carriageway. It was held by the Judge that each driver was equally to blame. The motorcyclist was negligent as he had failed to keep a look out for turning traffic whislt undertaking a dangerous manoeuvre. The car driver was also at fault as he should have realised that there had been sufficient room for a two-wheeled vehicle to pass between the near-side and the kerb.

Cars emerging from a junction into the path of a motorcycle

As a motorcyclist you are afforded specific protection by R. 187 of the Highway Code:

“It is often difficult to see motorcyclists and cyclists, especially when they are coming up from behind, coming out of junctions or roundabouts” Always look out for them when you are emerging from a junction”.

Fault nearly always lies with the emerging motorist in these type of claims, unless the motorcyclist on the major road is speeding or overtaking a line of stationary traffic when contributory negligence usually falls anywhere between 50% – 80%.

Cars turning right across the path of a motorcycle

In Powell V Hansen and Chin an accident occurred at a junction when the motorist turned right across the path of the claimant motorcyclist. Notwithstanding contributory negligence of 20% against the motorcyclist as he was travelling just over the 30MPH speed limit, liability was overwhelmingly proven against the otehr driver who had failed to observe or heed the oncoming motorcyle which was sounding it’s horn and had it’s headlamps illuminated.

It’s impossible to cover every motorcycle accident scenario in 1 article, so if you are still unsure about whether you can claim compensation, like I said at the start of the article, just post a reply to this blog with your query and I promise to Reply to you as soon as I can.

This entry was posted in News by Author.

As experienced personal injury lawyers, we know how difficult it can be in the aftermath of an accident at work. Many victims can be reluctant to make a compensation claim, due to the friction that th...

In recent years, concerns have been growing surrounding the use of hernia mesh. A worrying number of patients have experienced complications following the implantation of hernia mesh, such that they a...

Despite the fact a year has passed since the independent review into breast surgeon Ian Paterson and his treatment of patients, it is understood that hundreds of his former patients have yet to be con...

Claiming for a serious injury from a fall

We all suffer from small trips and falls over the course of our lives. In some cases, the consequences of a serious injury from a fall can be devastating. A fall can induce pain and/or reduced mobi...

Many women are coming forward to make Essure compensation claims after suffering severe complications from the use of an Essure device. Some women who have had Essure devices implanted, as a form o... 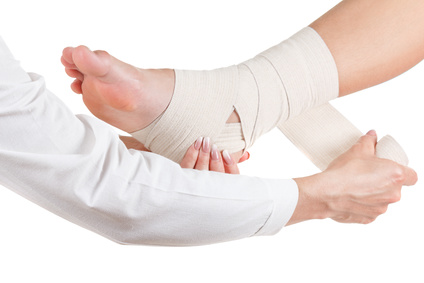 Have you suffered an ankle injury as a result of a workplace accident or other accident? You could be entitled to ...

While hernia mesh is still widely regarded as a necessary medical treatment, a large number of patients have been subject to hernia mesh readmissions. Many have reported complications, including chron...